I Knew I Wanted to be a Writer When... | Mayborn Literary Nonfiction Conference
Skip to main content

I Knew I Wanted to be a Writer When... 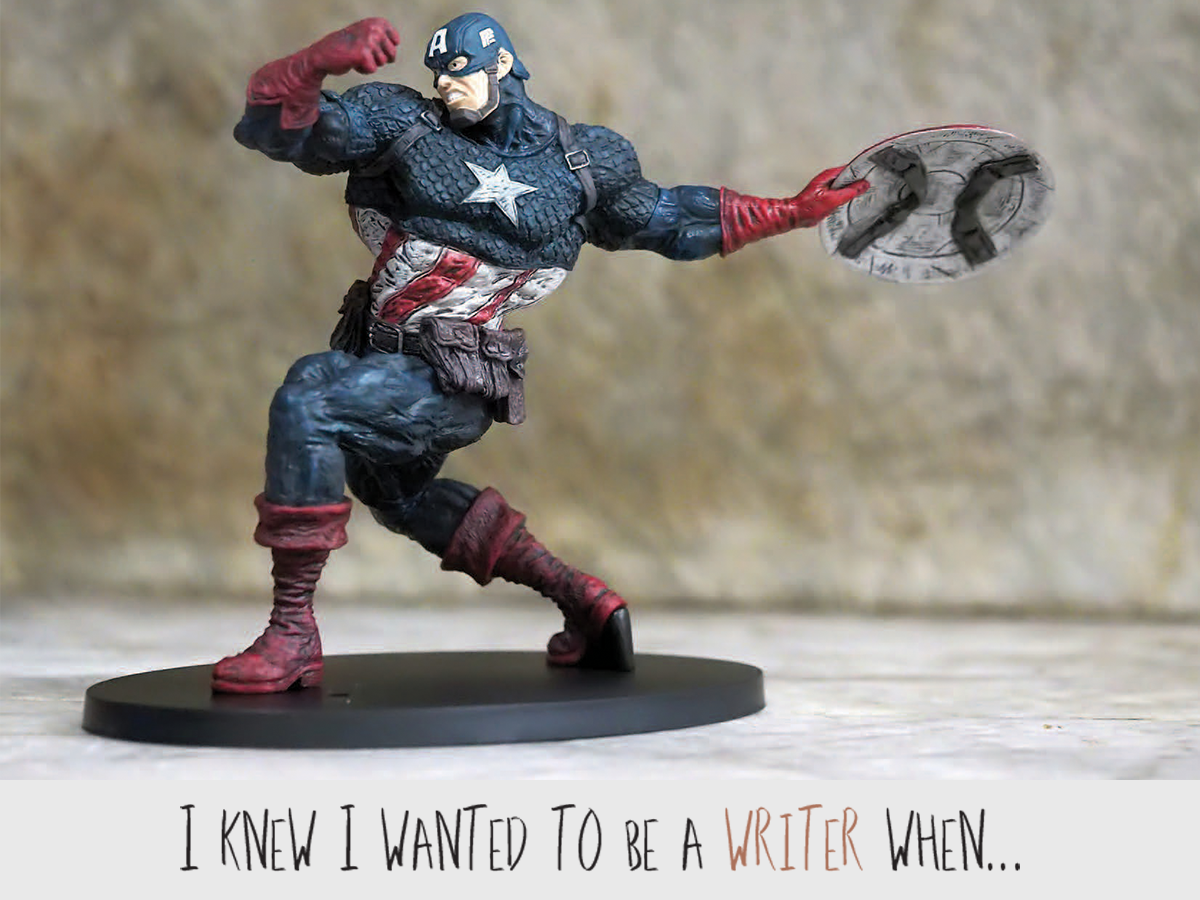 Much of the success of legendary Marvel comic book writer Stan Lee stems from his genius at creating compelling “origin stories” for his superheroes, revealing the narrative backstory of how his protagonists gained their superpowers and took on super-human status. Whether it was Spider-man or Iron Man or the Hulk, these origin stories lent a ring of authenticity to his characters and created an easy empathy for readers and viewers alike.

In that same spirit, we asked several Mayborn conference speakers, alums and friends, to tell us their origin story by answering the following prompt: “I knew I wanted to be a writer when …” We realize that none of them are fictional characters and don’t possess any apparent superpowers, nonetheless, their writing is still something at which to marvel.

“The first time I remember writing was in fourth grade, when I penned a series of short adventure stories featuring a superhero cucumber. Honest to God. My teacher loved them, and they cracked up my classmates, but my writing career fizzled after that. Much later, while flunking out of engineering school, I was listening to a radio broadcast in my dorm room as my hometown Tigers destroyed the Padres in the World Series. I thought: Wouldn’t it be cool if I could make a living being where all the action was? I made the connection to something for which I might actually have an aptitude. The next fall, I was a journalism student at UNT… Not great, but it’s my story and I’m sticking to it!”

“I knew I wanted to be a writer when I volunteered as a teenager at the Wichita Falls State Hospital, which was then home to nearly 2,000 patients – back then we called them ‘lunatics’ – who suffered from a whole host of emotional problems. I got to see people who went right up to the line of normalcy—and then, inexplicably, stepped over it—like the man I met who told me that he had breakfast every morning with Jesus H. Christ and that Jesus liked his eggs sunny side up.”

“I knew I wanted to get into this profession when I realized it could make me rich beyond my wildest imagination. Oh, wait, is this not Computer Engineering Monthly? Kidding! And this is why I’m not a comedian. I wanted to work with words since I can remember, and I’m beyond fortunate that I get to do so every day.”

ANDREA VALDEZ
EDITOR IN CHIEF AT THE 19TH*

“In the summer of 1967, my mom and I were sitting in the parking lot in east Dallas. It was hot as dickens in our old Chevy, but we didn’t move. It was the start of the Six-Day War. On the radio, Israeli tanks were crossing the Sinai desert.

The PLO had been infiltrating Israel to launch attacks. But Gamel Abdel Nasser, the president of Egypt, was getting the blame instead. Now the Israelis were hitting back. The radio guy was traveling with the troops, breathlessly detailing the Israeli advance on Cairo. He was so close that you could hear the sound of tanks crunching through the sand. It was the most thrilling thing I had ever heard.

Twenty-six years later, I found myself lying in a ditch in Tripoli, Lebanon, with Syrian missiles flying overhead as a French radioman provided the running commentary of our possible demise. Who got us out? A PLO gunman. Fate’s a funny thing.”

“I knew I wanted to be a writer when I read “Ghosts of Mississippi” by Maryanne Vollers, and I saw what someone could really do with journalism, history and storytelling. Also, I thought I might get to work with people as funny as Molly Ivins, which sounded way better than working in a science lab.”

“I knew I wanted to be a writer when I began spending an inordinate number of junior-high school hours holed up in my bedroom reading and thinking about what the writer was or wasn’t pulling off right under my nose . . . and my seventh-grade teacher began reading my essays aloud to the class and dripping honey all over ‘em.”

“I knew I wanted to be a writer when I was 4. At that age, being read to was my favorite thing in the world. I understood even then that books have the power to transport an audience through time and space. I liked stories so much that I wanted to make my own. My mother would staple together sheets of construction paper, and since I couldn’t read or write, she would transcribe my silly stories and I’d fill in the pages with my own drawings. Subjects we covered included ninjas, pirates, and cows.”

“I knew I wanted to be a writer after I realized I didn’t have the arm to be a major league pitcher. At age 13, I read “In Cold Blood” by Truman Capote. The book has some problems, as we all later learned, but I devoured it then and thought, this is what I want to do.”

DOUG SWANSON
AUTHOR, CULT OF GLORY: THE BOLD AND BRUTAL HISTORY
OF THE TEXAS RANGERS

“I did a story for a class called Feature Writing at Arkansas Tech University my sophomore year – the first thing I remember ever caring deeply about that did not involve Jesus or breasts or a football – and I turned it in and waited for the professor to tell me it was garbage, that I had failed miserably, but then he read it aloud at our next session and told the class something like ‘This is how we should be doing it,’ and the rush was almost overwhelming, and here I sit, still chasing that feeling.” 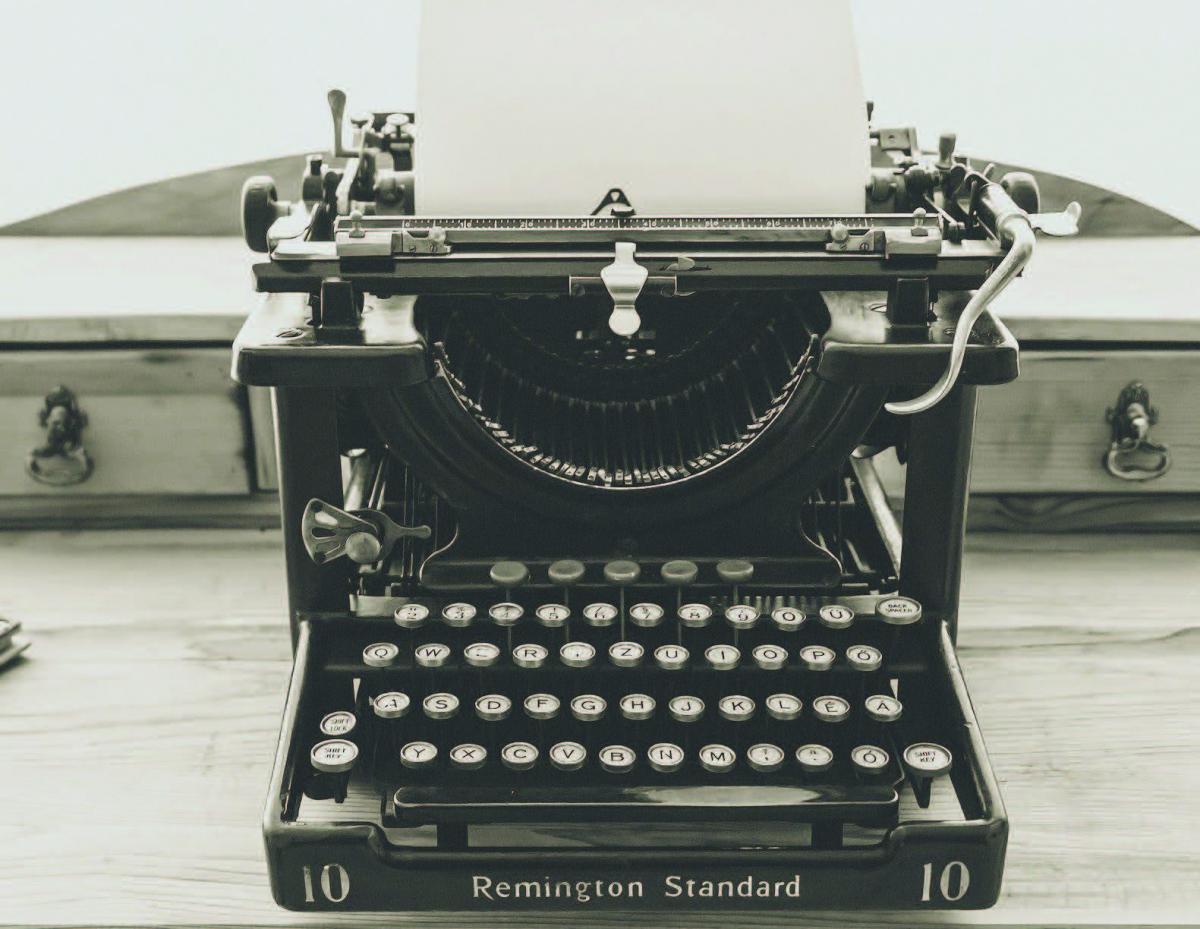